Tellus-R is a rotational seismometer which was conceived for measuring the rotational ground motion.

Tellus-R has high sensitivity for the detection of rotational modes of earthquakes along with a wide dynamic and frequency range. A characteristic feature of the instrument is that it is low noise with a minimal power consumption, which is a significant advantage over electro-mechanical, fiber-optic and other types of rotational motion sensors. Tellus-R comes with a calibration input which allows periodic calibration without the use of expensive dedicated equipment.

Tellus-R comes in a hard coating anodized aluminum housing, IP67 or optionally IP68. It is well suited to harsh environments and is capable of operating at any orientation in space over a wide range of temperatures.

Rotational Seismology is an emerging study of all aspects of rotational motions induced by earthquakes, explosions and ambient vibrations. 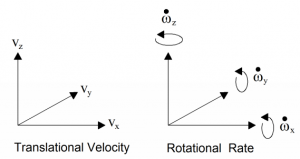 Rotational ground motion has been ignored for centuries due to a widespread belief that rotation is insignificant in measuring, recently however it has come to be believed that rotational signals may contain additional valuable information for studying wave propagation; in addition, rotational ground motion may be important in the excitations of certain engineering structures.

According to the introduction of a special issue of the Bulletin of the Seismological Society of America, rotational seismology has become an emerging field for the study of all aspects of rotational ground motion induced by earthquakes, explosions, and ambient vibrations. This domain has attracted the attention of researchers and structural engineers from a wide range of geophysical disciplines.

We use cookies on our website to give you the most relevant experience by remembering your preferences and repeat visits. By clicking “Accept All”, you consent to the use of ALL the cookies. However, you may visit "Cookie Settings" to provide a controlled consent.
Cookie SettingsAccept allReject AllPrivacy Policy
Manage Consent

This website uses cookies to improve your experience while you navigate through the website. Out of these, the cookies that are categorized as necessary are stored on your browser as they are essential for the working of basic functionalities of the website. We also use third-party cookies that help us analyze and understand how you use this website. These cookies will be stored in your browser only with your consent. You also have the option to opt-out of these cookies. But opting out of some of these cookies may affect your browsing experience.
Necessary Always Enabled
Necessary cookies are absolutely essential for the website to function properly. These cookies ensure basic functionalities and security features of the website, anonymously.
Functional
Functional cookies help to perform certain functionalities like sharing the content of the website on social media platforms, collect feedbacks, and other third-party features.
Performance
Performance cookies are used to understand and analyze the key performance indexes of the website which helps in delivering a better user experience for the visitors.
Analytics
Analytical cookies are used to understand how visitors interact with the website. These cookies help provide information on metrics the number of visitors, bounce rate, traffic source, etc.
Advertisement
Advertisement cookies are used to provide visitors with relevant ads and marketing campaigns. These cookies track visitors across websites and collect information to provide customized ads.
Others
Other uncategorized cookies are those that are being analyzed and have not been classified into a category as yet.
SAVE & ACCEPT
Powered by